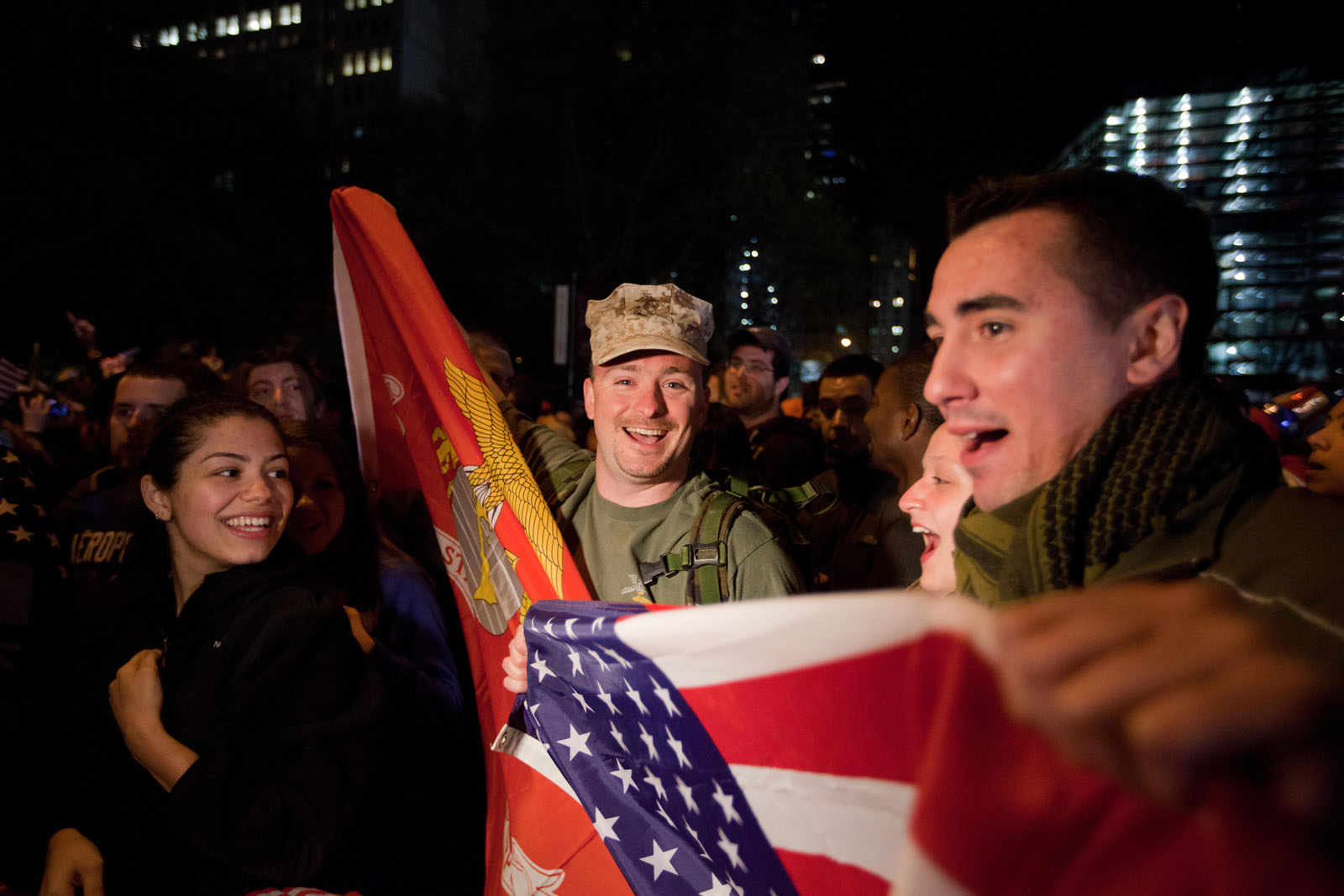 Marine veterans Mike Demo, center, and Bill Cortese, right, drove 30 minutes to New York’s Ground Zero to celebrate the news that Osama Bin Laden is dead. Two of Cortese’s cousins were killed in the Sept. 11, 2011, attack on the World Trade Center. The Freedom Tower, the skyscraper being built where the World Trade Center towers once stood, is now 60 stories tall and was lit up and visible from the street. Eventually the Freedom Tower will be the tallest building in the country. 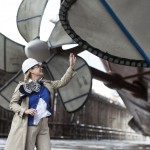 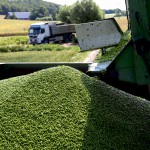